Cinema and art come together in the cinemaddosso exhibition from Cinecittà in Hollywood to Annamode's costumes, curated by Elisabetta Bruscolini, who celebrates the extraordinary history of Annamode tailoring, excellence of Made in Italy from the 1950s to today in the creation of clothes for large film productions national and international. 100 costumes for 40 films, an exhibition path where each dress is exhibited as a work of art and narrated thanks to different video contributions: a surprising setting curated by Maria Teresa Pizzetti. In a visionary exhibition path designed to amaze and entertain the most representative "works" of a great Italian tailoring, founded by two brave women, who for seventy years alongside the costume designers have been helping to create the magic of cinema, transforming actors in characters. The wonderful stage costumes on display and their details tell the talent, creativity and craftsmanship of an atelier that has turned into a business while maintaining the passion and care that have made Made in Italy famous throughout the world. Elisabetta Bruscolini, curator of the exhibition On the centenary year of his birth, a tribute to the genius of Federico Fellini, on display together with the costume designer Piero Tosi, thanks to the exceptional presentation of the entire parade of shiny clothes from the episode Toby Dammit based on the film Tre Passi nel Delirio (1968) . On the occasion of the exhibition, a special project dedicated to the National Cinema Museum and the city of Turin: the dressing of the Mole Antonelliana, a dress that collects all the most precious workings that Roman tailoring has created in its long history. 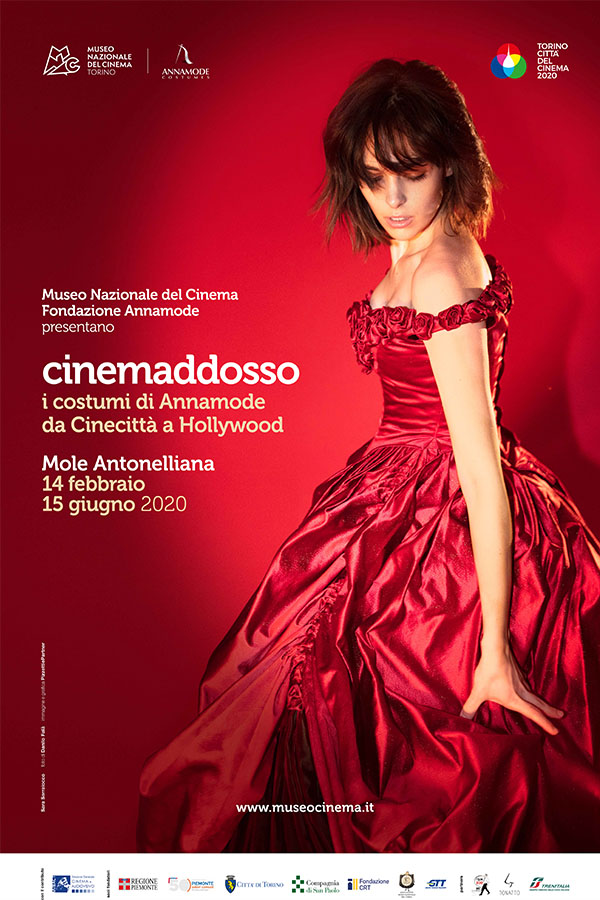